Her grandmother, on her father’s side, developed physical symptoms of HD including involuntary movements. The symptoms of HD are described as having ALS, Parkinson’s and Alzheimer’s – simultaneously. Symptoms include personality changes, mood swings, depression, forgetfulness, impaired judgment, unsteady gait, involuntary movements, slurred speech, difficulty in swallowing, and significant weight loss.

While in middle school, Chrissi did not know what her grandmother was dealing with and was not aware if it were something that she would have to worry about. Every child of a parent with HD has a 50/50 chance of inheriting the faulty gene.

Chrissi’s grandmother would later pass away.

However, the HD battle was not over in her family as her father was now at risk. Her father started to develop the physical and mental symptoms of HD. For example, he would forget to pick up Chrissi’s sister and other chores. 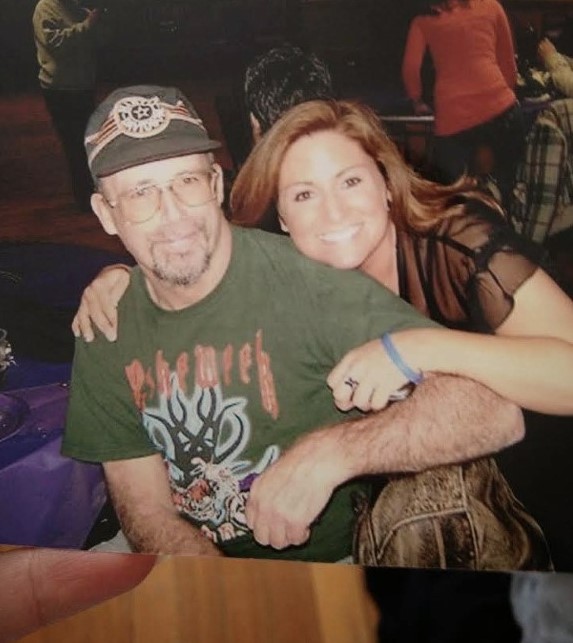 On one occasion, her father was placed under arrest after a routine traffic stop because the officers thought he was drunk. There have been documented cases of people with HD having difficult interactions with law enforcement because their symptoms are misidentified, misunderstood, or mishandled. To read more, click here

At the time, Chrissi was judgmental towards her father but did not know the full aspects of HD. In 2004, she got married. Few months later, her father came to get his medication and revealed that he was diagnosed with the gene that causes HD.

Her life would take a turn as she separated from her husband but made amends with her father. According to Chrissi, her father taught her empathy and compassion.

In 2005, Chrissi decided to get tested for HD anonymously. The decision to get genetically tested is difficult to make. Each year, 5-10% are tested. It is never the right or wrong decision to be tested. There are people that see no benefit in knowing that they will develop the disease while others want to know in order to make informed choices about their future. It can take up to several weeks to receive your results from the genetic testing center.

On top of her bipolar disorder, Chrissi tested positive and her life would take a downward spiral. She went through all the stages of grief, and she was mentally unwell. Chrissi was later placed on disability for HD as well as depression.

"You can be found disabled for multiple conditions,” said Allison Bartlett, HDSA’s Manager of Disability Programs. “Social Security disability looks at your combination of impairments/medical conditions so if you are struggling with multiple conditions, be sure to include all of them in the application."

Applying for disability benefits is a necessity for most HD families, but the disability process is often complicated and overwhelming, whether it is Social Security disability or private disability. To learn more, click here

Her life would soon change for the better as she met her boyfriend that she has been with since 2010. According to Chrissi, he helped her create inner peace and is always there for her, especially when her father passed away. 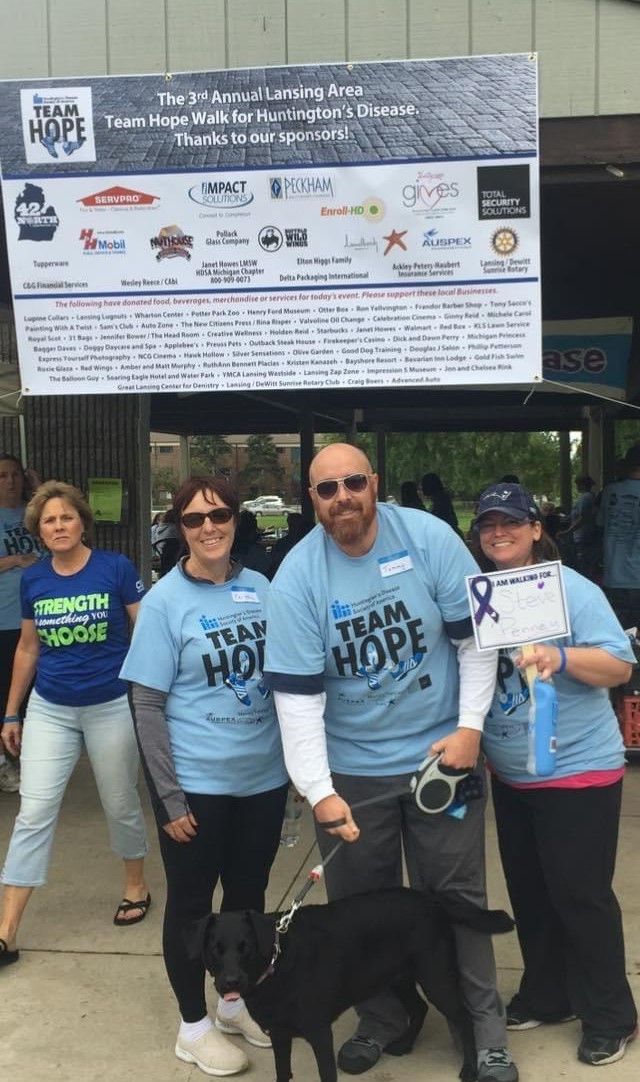 At the time, the couple was living in Colorado, but would later move to Michigan after his sister was diagnosed with breast cancer. This time she was there for him.

The couple wants to live life to the fullest as Chrissi does not want people to feel bad for her. She has attended local HDSA Team Hope events to show that nobody is alone.

Team Hope is HDSA’s largest national grassroots fundraising event. Thousands of families, friends, co-workers, neighbors and communities walk together each year to support HDSA's fight to improve the lives of people affected by HD and their families. To learn more, click here

Chrissi has a message for the HD Community:

“This is a great community as there is someone always holding your hand. Don’t ever quit and keep fighting. Show yourself some grace and give it time.”