Michigan resident Ashley Greenway is a mother of two children. Her husband, Kyle, served his country in Afghanistan. However, Ashley has the toughest fight of her life.

In 2006, she was told that she is at risk for Huntington’s disease (HD). This is a fatal genetic disorder that causes the progressive breakdown of nerve cells in the brain. It deteriorates a person’s physical and mental abilities during their prime working years and has no cure.

“That was the first time I had heard of it and all I was told was that I had a chance of inheriting it and should mention it to my doctors in the future,” said Ashley. “At a standard checkup for my daughter, we are reviewing her charts and the doctor asked me if I had been tested for HD. I didn’t even know that was an option, so she referred me to a genetic counselor.” 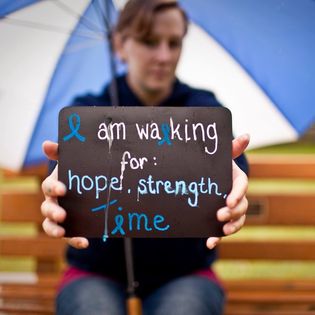 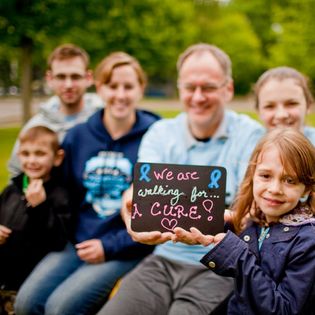 ​“I’m ashamed to admit that I hadn’t done research until that point,” Ashley explains. “My choice seemed clear; I had to know. I called the genetic counselor and setup my first appointment.”

“She walked me through what the process looked like, estimated timeframe for testing, taught me more about HD, and collected my family tree information,” said Ashley. “My next two appointments seemed to fly by, and I was cleared to know my results.”

In 2012, on March 12th, this is a day that Ashley would never forget. She tested positive for the gene that causes HD.

“I used to think of that day as the day I was given my expiration date, but now I see it as the day I became a better person,” said Ashley. “Surprisingly, I didn’t cry. I was too in shock to process. I was trying to figure out what this meant and how I felt. I have three siblings, two nephews, and my own two children that are at risk of inheriting this horrific disease and I'm the only one who's been tested.”

That next day, Ashley was driving with Kyle as he noticed a cut on his hand. Kyle asks Ashley to kiss it and make it better. According to Ashley, her kids were at the age that a kiss would make a boo-boo better. This next exchange helped Ashley make light of her situation.

“I respond jokingly with, “But you might have a disease,” Ashley explains. “To which he quickly replies, “YOU have a disease!” My jaw dropped. My heart skipped a beat. Then, I could not breathe because I was laughing too hard. This right here is how I make it through. I laugh at myself. I make light of this disease. That’s what keeps me from being owned by it.” 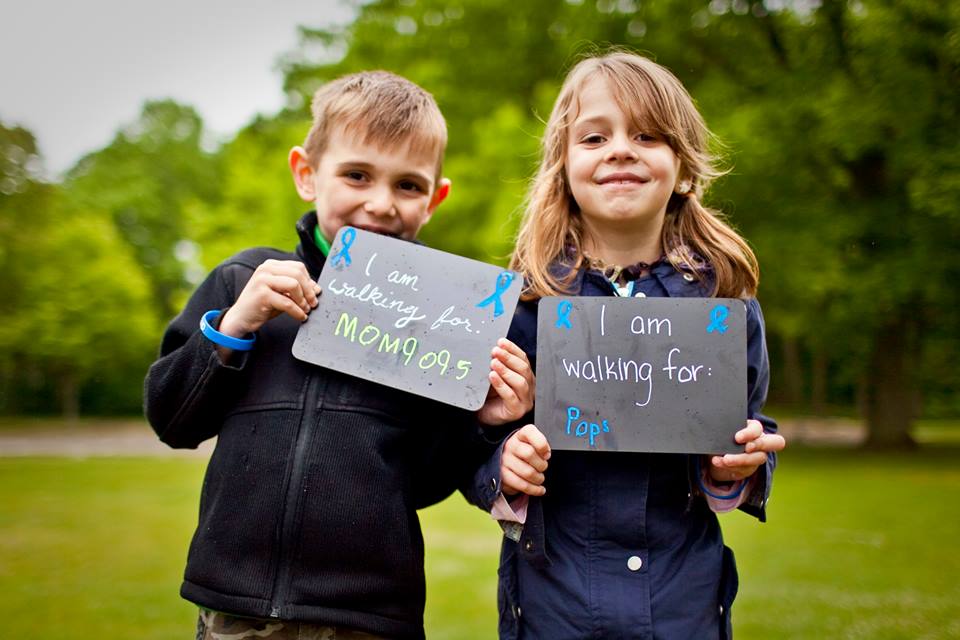 ​One month later, Kyle left for Afghanistan and Ashley was on her known navigating her positive HD result. The joke exchange between Ashley and Kyle would sometimes haunt her, but other times bring her comfort and smiles. Her friends would also join in saying “your HD is showing” when she couldn’t find her keys.

“Making light of a heavy situation makes it more bearable,” said Ashley. “The dark days don’t seem so dark when you’re able to laugh about it. It was our coping mechanism. It brought us closer in a weird way and it opened the doors for conversations about HD.”

In that same month her husband was deployed, she found out about a local Walk in West Michigan. “It was amazing,” Ashley explains. “I fell in love instantly with the event. This is just the beginning of my HD life.”

In 2013, Ashley started to get more involved in the HD Community. In that year, she started the Predict HD medical study out of Rochester, New York. In 2014, Ashley was the movie captain for the documentary film Alive and Well, the film follows seven people coming to terms with the reality of living with HD. She presold enough tickets for the movie for a local theater to host the viewing for her group.

In 2019, she ran in the Chicago Marathon with Team Run for HD. Her team was tasked to fundraise $2,000. According to Ashley, she thought that goal was impossible, but it proved to be nothing compared to the amount that she would raise in 2020. At the start of 2021, Ashley has helped raise more than $10,000 collecting pop cans.

Ashley is now the lead coordinator for the annual HDSA’s West Michigan Team Hope Walk/5K Run. Team Hope is HDSA’s largest national grassroots fundraising event, which takes place in over 100 cities across the U.S. and has raised more than $20 million for Huntington's disease since its inception in 2007. Thousands of families, friends, co-workers, neighbors, and communities walk together each year to support HDSA's fight to improve the lives of people affected by HD and their families. 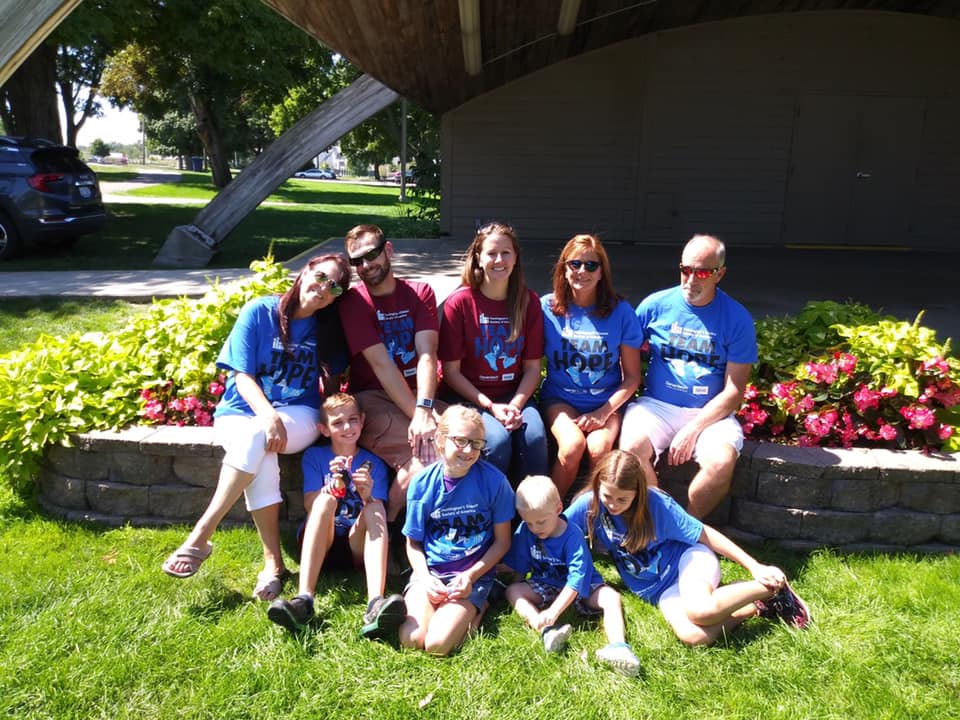 “This was not what I pictured my HD life looking like back in 2012 when I was trying to figure myself out,” said Ashley. “My kids look forward to the event every year and help as much as they can.” 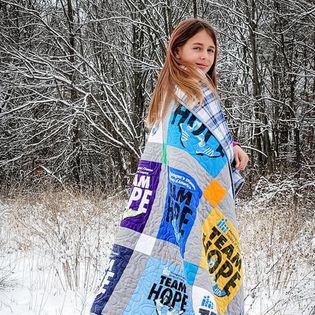 She has made a quilt out of all her family’s and friend’s Team Hope shirts from previous years and donated it to HDSA as a silent auction raffle item.
​ 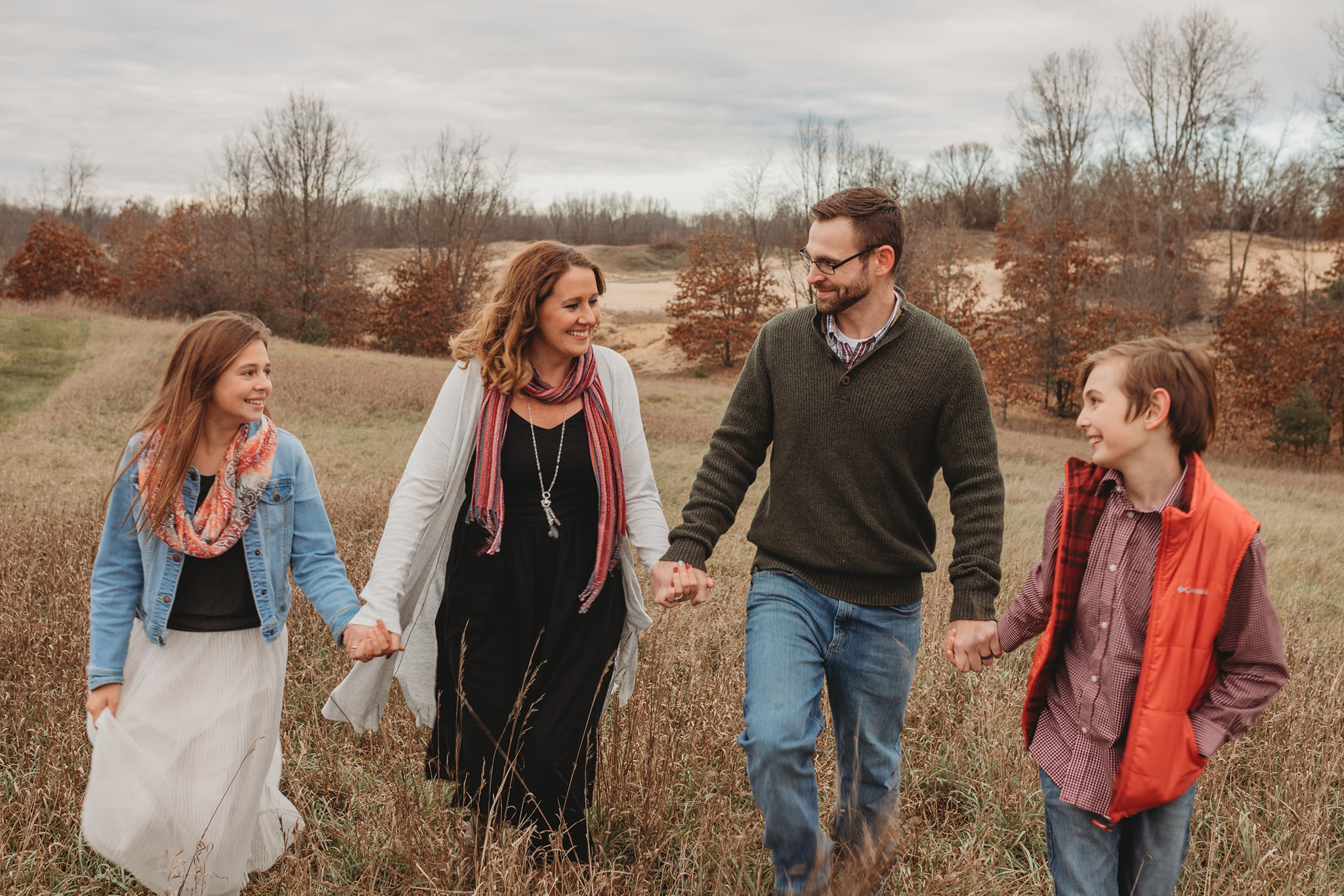 Ashley has a message for the HD Community:

“My HD positive parent is still here inspiring me to stay strong and encouraging me to get more involved in HDSA, without symptoms. My involvement in HDSA provides me with a sense of purpose I’ve never felt before. When HD takes me out of this world, I’ll be leaving it a better place because of how I’ve helped this HD Community.”